Portugal, Self-Care Made Me Do It: My Solo Travel Story 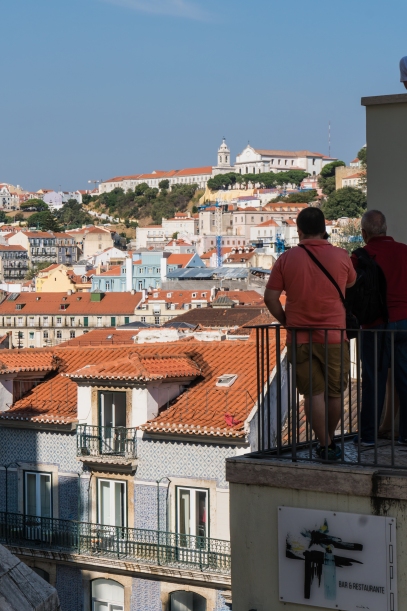 I was exhausted, both psychically and mentally and looking forward to a much needed staycation. Basically, I planned on firmly planting myself on my sofa with a bag of sweet potatoes chips and binge-watching British dramas on Netflix.

That was the plan until a colleague told me about her recent trip to Lisbon. She mentioned that it was less expensive than other European cities so my Canadian dollars would go further, the weather was incredible, the people were nice and the pastries and wine were delicious.

Self-care made me do it (…or could it have been the promise of sunshine and pastries?). In any event, I managed to get the last seat on a flight to Lisbon using my Aeroplan travel rewards points. Now that’s what I call serendipity! 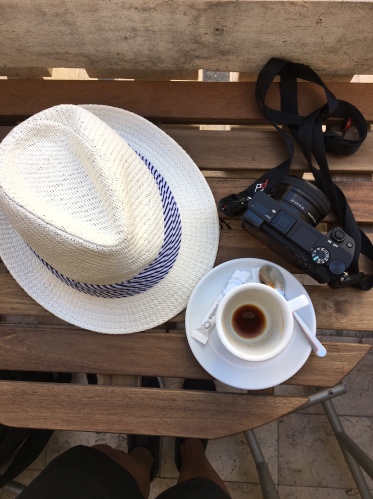 Table at Spleen Cafe inside Museum of Contemporary Art – MNAC

As a solo traveller, I try to book my trips well in advance, do a bit of research and pull together an itinerary with top places to see and restaurants to check out.

Not having plans would normally stress me out. However, I was already stressed out and truly exhausted and in desperate need of some self-care. That meant being strategic in my effort to spend as little energy as possible to find ways to make this last minute trip as stress-free as possible. 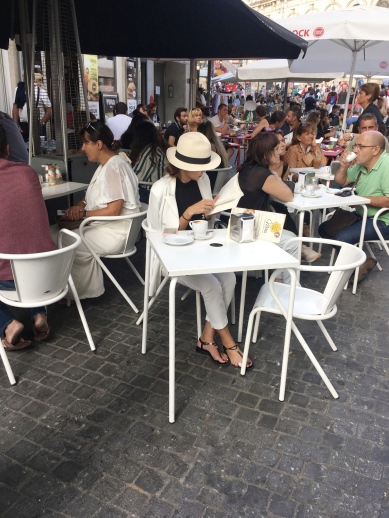 Here’s what I did:

(1) I spoke with colleagues about their recent trips and asked for and received recommendations that formed the basis for an itinerary. 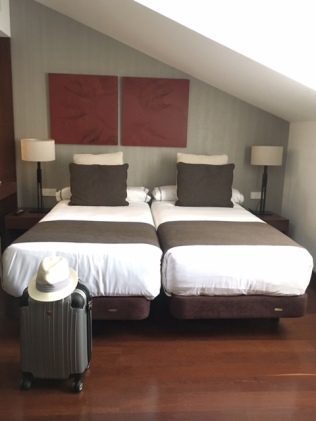 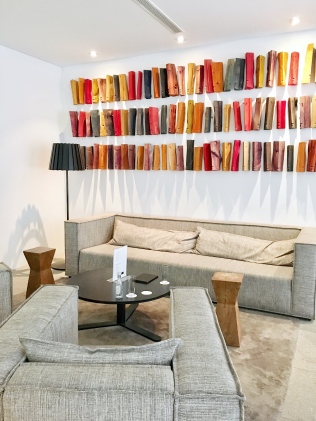 (2) I contacted my local Flight Centre and worked with them to pre-book some parts of my trip including hotel stays in Lisbon and Porto, a few sightseeing tours and a train ticket to Porto.

Bonus: This also provided a great opportunity to get some travel info from the travel associate who had been to a number of cities in Portugal. 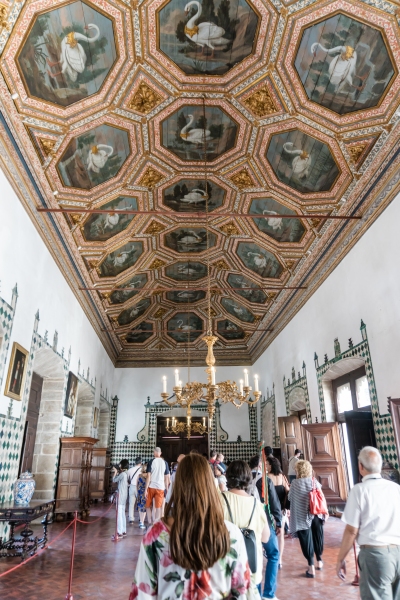 Guided Tour of the Palace in Sintra  – Swan Room

(3) Leveraged the knowledge of hotel and restaurant staff for recommendations on where to shop, things to do and places to eat. 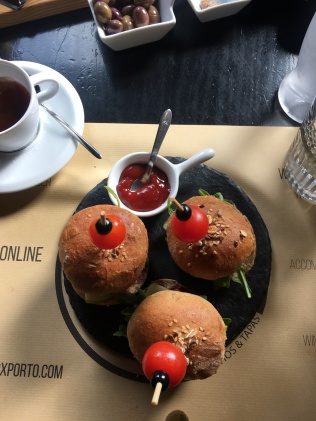 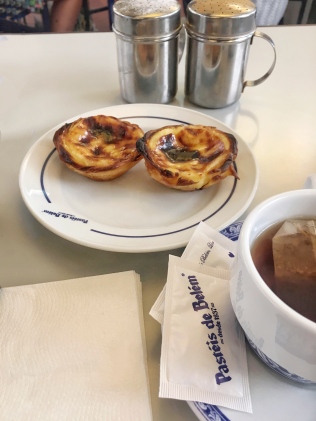 My first four days in Lisbon was spent learning about its history, getting to know some of the locals, enjoying the famous pasteis de nata (Portuguese custard tarts), and learning to say “thank you” in Portuguese. (I will save the mishaps of this trip for another post. What I will say, is that I felt like I was being tested for sure!)

I learned through my tours that the city is made of seven hills (or so it is said). I believe it, as the muscles in my legs burned as hot as the sun that was beating down on me as I explored the cobbled stoned, narrow streets of Alfama, Chaido, Barrio Alto and Alfama neighbourhoods. I had nothing but time on my hands. So I stood more still, and for longer periods of time than I ever have, simply taking in the Instagram-worthy panoramic views of the city with its clay-coloured rooftops dotting the horizon from different vantage points.

There were some very familiar-looking monuments too, including the towering Christos Rei statute, inspired by the famous Christ the Redeemer in Rio de Janeiro, Brazil and the 25 de Abril Bridge, which bares a striking resemblance to San Francisco’s famous Golden Gate Bridge. 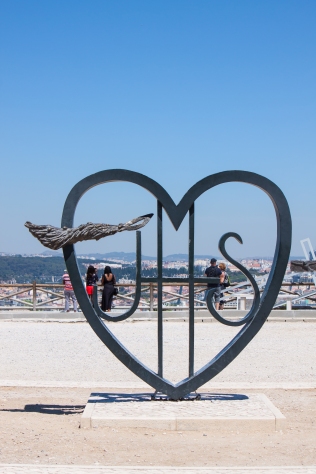 My sightseeing tours took me to the famous Coach Museum in Belem, a royal palace in Sintra and a tiny beach and fishing village in Cascais. I also stood at the end of the earth, well, maybe it wasn’t the end of the earth but Cabo da Roca, the famous landmark identifying the westernmost extent of continental Europe, had a pretty stunning view of the Atlantic Ocean and nothing else as far as the eye could see. 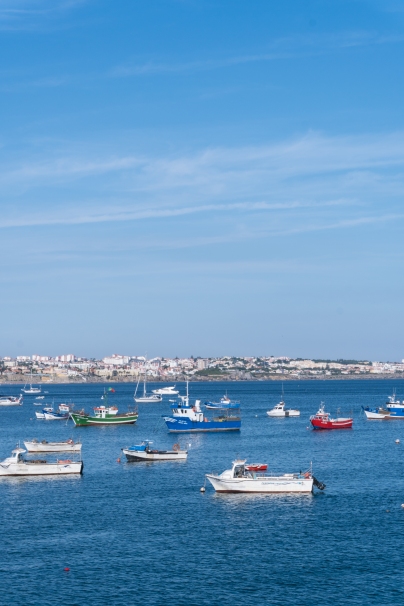 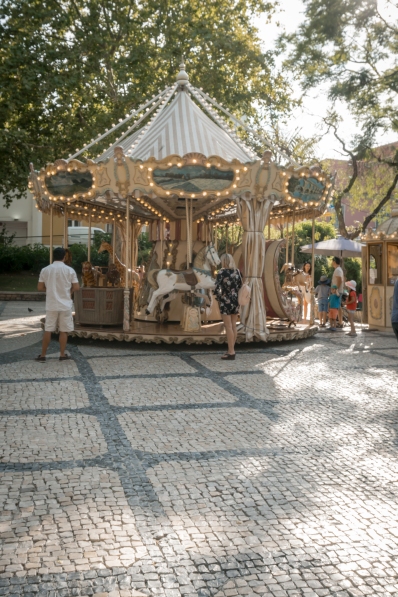 Days 5 – 7 in Porto: On the fifth day, I boarded a train at Lisbon’s architecturally impressive train station to the coastal city of Porto (known for port wine and Dom Luis Bridge) and where I spent the remainder of stay roaming the streets with my camera, popping into shops, sipping espresso, eating more pastries and finishing the novel I had brought with me. It was, in a word, relaxing. 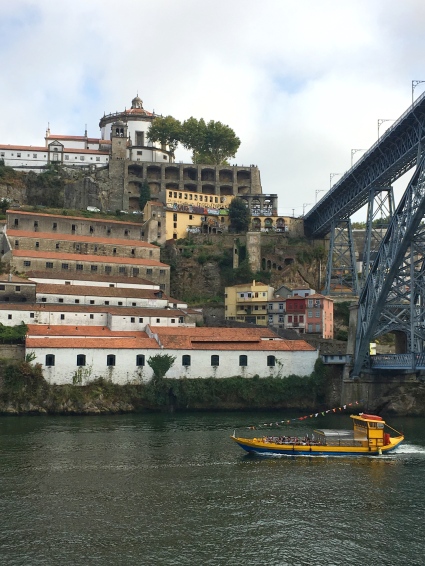 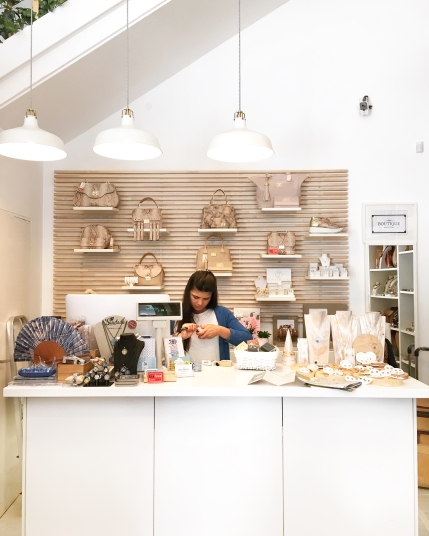 One of my favourite solo travel tips:

If you are anything like me, limited experience as a solo traveller, and one who sucks at reading maps and is slightly directionally challenged, then consider adding tours to your trip. I found it to always be a great way to familiarize myself with a city in the first few days and get to learn about the history, culture and visit key landmarks without needing to read a guidebook. 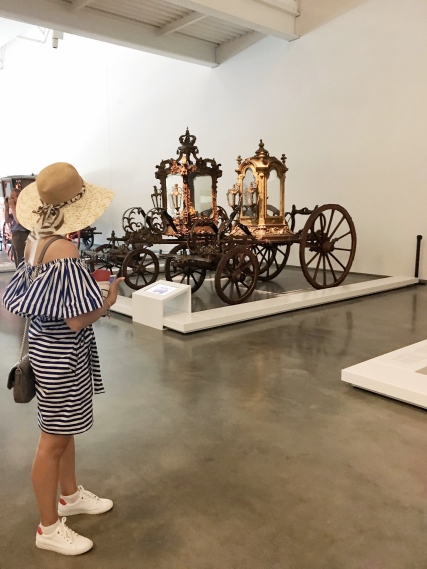 If you’re not into tour groups then you may want to consider an individualized tour like those offered by With Locals as an option or a Hop-On-Hop Off bus tour. 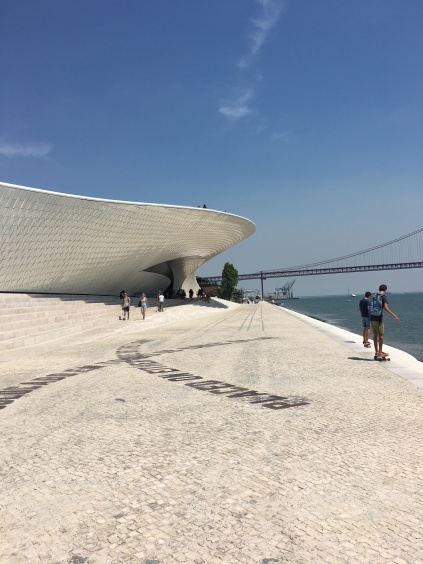 Two cities in seven days was just the right self-care remedy for me. It was enough time to get a taste of what Portugal has to offer and for me to feel a lot more calm and well rested than before I arrived. There were a lot of places in Lisbon I didn’t get the chance to visit and there are a number of other cities in Portugal I’d love to see. You know what that means? I’ll just have to plan (or not plan) another self-care travel trip to Portugal soon! 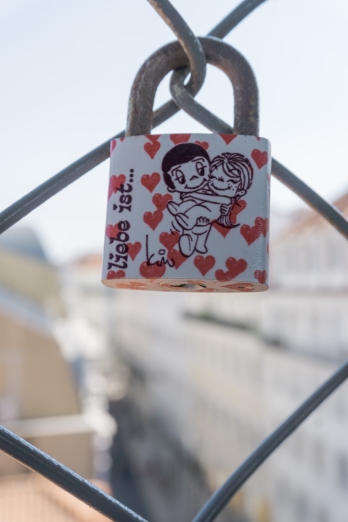